An Elegant Touch of Strings performs the ceremony at a little Catholic Church and later for the reception at a separate location.

We were greeted by an incredibly nice Father who insisted on helping us with our equipment up stairs and even later to the car! The bride, groom and guests all had a wonderful time during the ceremony as while it was formal, there was also some informality in guests being able to speak and react. We played upstairs overlooking the alter.

This little church in San Jose holds only 90 worshipers which was very possibly a good number in the year 1899 when it was built. 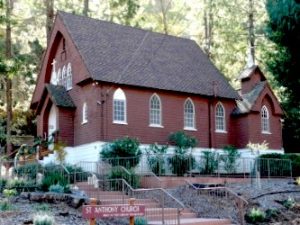 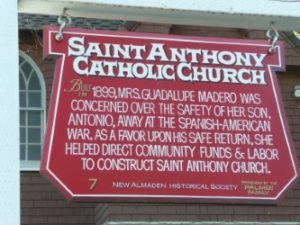 The Historical sign reads: Built in 1899 by Mrs. Guadalupe Madero in honor of her son’s safe return from the Spanish-American war.