An Elegant Touch of Strings performs at Crystal Springs, Burlingame

The entire Bay Area is getting smoke from the Paradise, CA fire. Today was as bad as I’ve seen it and unfortunately the wedding was outside. And otherwise it was a b 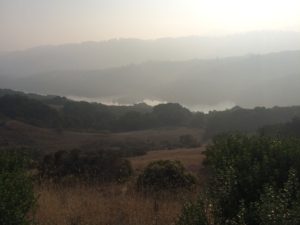 Late afternoon where I performed solo violin for this wedding. The haze was mostly due to the smoke in the air from the fires north of us. 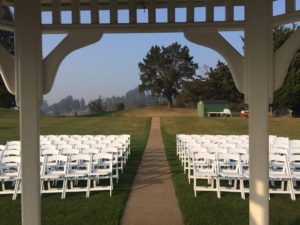 Here’s where the bride will take her long walk to the alter. The flower girls took their time, as in tiny steps. Good thing we know what to do with the music when that happens! 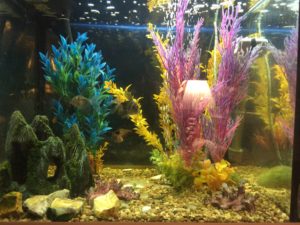 Just a fun picture of the fish tank in my TV room. It’s much nicer in person and taken at night and so probably not bad for a cell phone pic! Sometimes I like to include an odd picture. Why? I don’t know…

eautiful day for a late November on the San Francisco Bay Peninsula.

On the other hand the wedding went beautifully and the minister kept it very short. I wonder if it was to get the guests on their way up, chauffeured up the hill to the reception.